The Château des Comtes de Challes was a French fortified house built by the de Challes family, an old noble family who owned several fiefs (there is a mention of a certain “de Challes” participating in a tournament in Chambéry in 1348). They were in charge of the so-called high, medium and low judicial systems of the entire municipality, and received feudal rent from about thirty parishes.

The de Challes family disappeared with the death of Louis in 1590. Nicknamed “Sully le Savoyard”, he was a great financial and legal reformer under the reign of Duke Emmanuel-Phillibert. One of his children, Hector, witnessed the nomination of Challes as a barony in 1618. President of the Senate and an ambassador to Henri IV, he was father to nineteen children.

One of his children was the Jesuit who gave his name to a major work on mathematics (in which one can find the famous “Challes” relationship), a science that Louis XIV asked him to come teach in Paris. The entire family was showered with honours: positions in embassies, the Senate, the Court of Accounts, episcopal sees and military assignments. In 1669, Challes was promoted to become a marquisate..

It is also reported that Jean-Jacques Rousseau gave music lessons to a certain Miss Gasparine Balthazarde de Challes. The third and last Marquis de Challes died in 1777. The inheritance passed to a branch of the Millet family in Faverges who never had the chance to benefit from, since the onset of the revolution obliged the new lord to bury his treasure and flee.

Sold as a « Bien National », the Château was purchased by the Marquis’ former intendant named Balmain, a man of law. By marrying one of Mr. Balmain’s daughters, Doctor Domenguet, the personal doctor of the King and the royal family in Savoie, a professor of medicine, chemistry and botany, and an honorary military doctor, became the owner of the Château. On April 11, 1841, he discovered its spring, which he studied, experimented with and made public to other scientists.

On March 25, 2002, the Trèves family purchased the Château and launched major restoration and embellishment work, leading to its distinction today as a member of the network of “Châteaux and Hotels of France”. To the best of our knowledge, the Château des Comtes de Challes is the oldest Hotel-Restaurant situated in a Frabce Château since 1860. 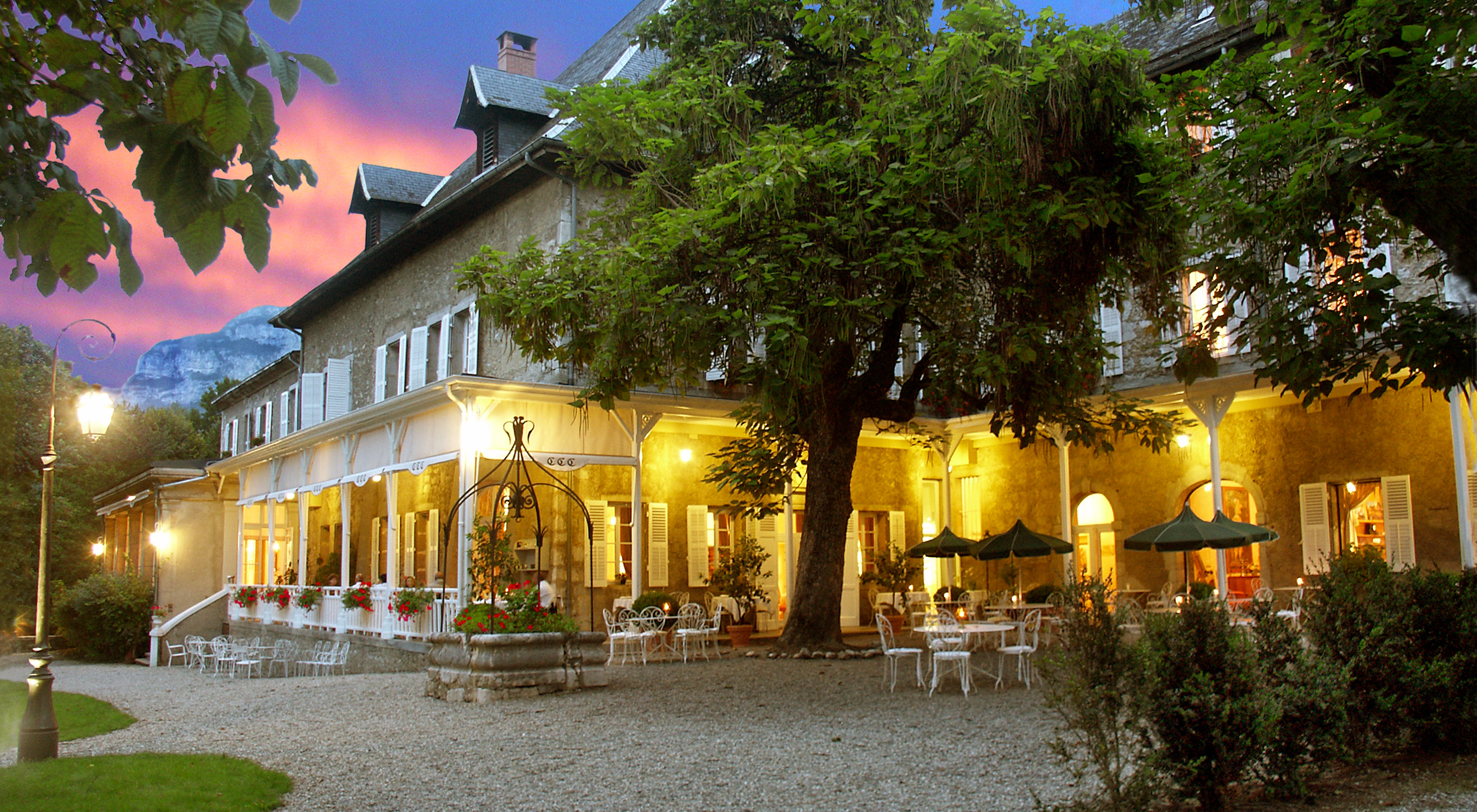